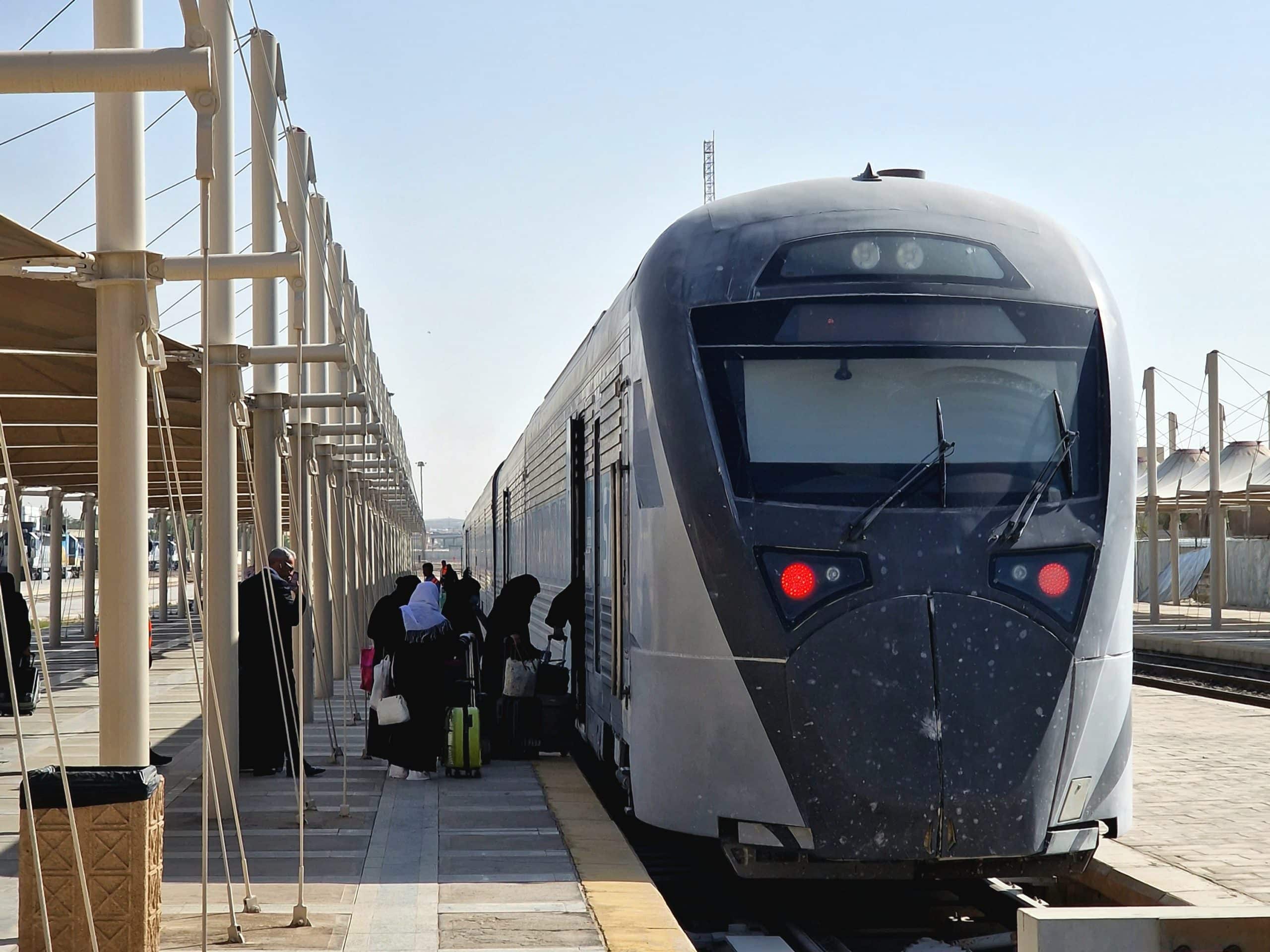 Train from Riyadh to Dammam

This article is for everyone who wants to travel by train between Riyadh and Dammam in Saudi Arabia.

Does Saudi Arabia have trains?

Train travel in Saudi Arabia is organized by the Saudi Arabia Railways. They are currently operating three major rail lines:

What is the train schedule?

The train ride takes 4 hours, with two stops in Hufuf and Abqaiq.

What’s the price of a ticket?

Where to buy your ticket?

Train tickets can be bought through the website www.sar.com.sa, which is available in English and Arabic.

Alternatively, tickets can also be bought from the ticket desk at the train station, which is open from 5.30 am to 1 am. It is advised to purchase tickets before traveling because they usually sell out fast.

Where to take the train in Riyadh?

Trains to Dammam leave from Riyadh East Train Station, located in the Sinaiyah Qadeem district, and can only be reached by car. Be aware that trains to Qassim, Hail and Jauf leave from North Train Station.

Dammam Train Station is located in the Al Shifa District.

The train stations have a ticket office, waiting area, small cafe and bathrooms.

Before boarding the train, you must pass through security, similar to an airport. You should arrive at least 30 minutes before your scheduled departure time.

How many bags can I take?

One free bag per passenger is allowed (max 67cm x 42cm x 30cm). Extra luggage has to be checked in via the Parcel Shipments service.

How is the train?

The trains are very modern and comfortable, even in economy class. There is free WIFI, a buffet and even a prayer area.

Drinks and snacks are also sold by an attendant going through the train.

Be sure to have something warm to wear, as the air conditioning can be freezing.

More on my social media

How to Visit Maraya in AlUla?

5 Amazing Things to Do in AlUla