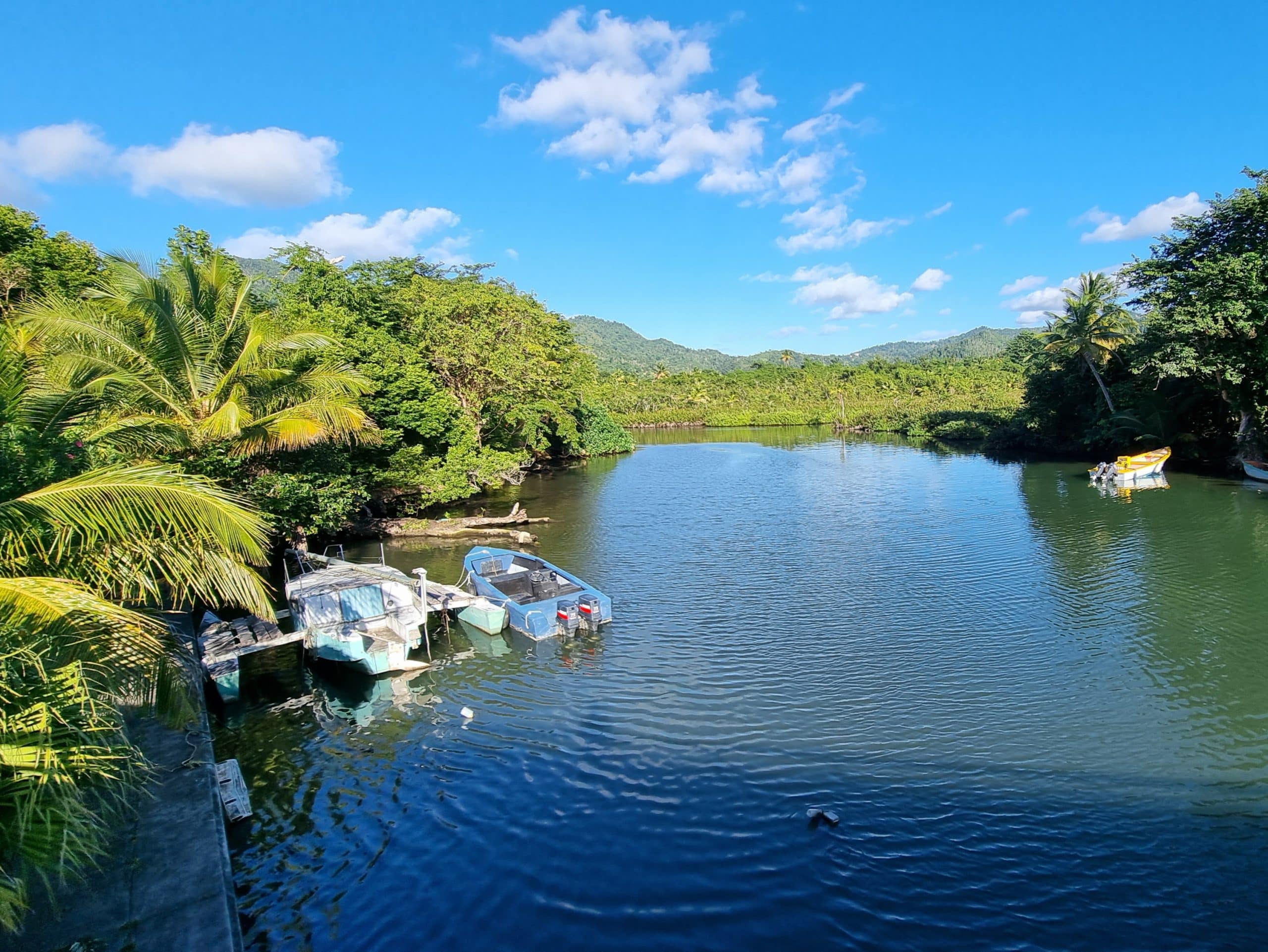 Portsmouth is the second city of Dominica and a must visit when touring the island. I’m proposing four places to visit in just one day, all within walking distance. Get ready for a day of culture, nature and chilling at the beach, because Portsmouth has it all.

Fort Shirley is a renovated fort on a hill in the North of Portsmouth and has been recognized as UNESCO World Heritage since 1986. Both the British and French armies used the fort to defend the island during the 18th and 19th century.

Fort Shirley is situated within Cabrits National Park, which requires a Single (5 US dollar) or Week Park Pass (12 US dollar).

What was once an active volcano is now Cabrits National Park on a peninsula in the North of Portsmouth. The park is rather small and consists of tropical forests and two peaks called East and West Cabrits.

Fort Shirley is situated within Cabrits National Park, which also has a few hiking trails.

You’ll come across Purple Turtle Beach when you walk from Cabrits National Park to the center of Portsmouth. The three kilometer long beach is covered with golden sand, which makes a great opportunity to take a rest and dip into the crystal clear water of the Caribbean Sea.

Be careful not to step onto the turtle eggs during breeding season.

The Portsmouth Indian River is the deepest river on Dominica and flows directly South of the city center. The scenery along the river is beautiful and some of the scenes of Pirates of the Caribbean were filmed at the Indian River.

Watch the video about Portsmouth on my Youtube channel.

How to Visit the Middleham Falls in Dominica?

Backpacking Africa: Bissau to Gambia over land by bus, motorcycle and hitchhiking